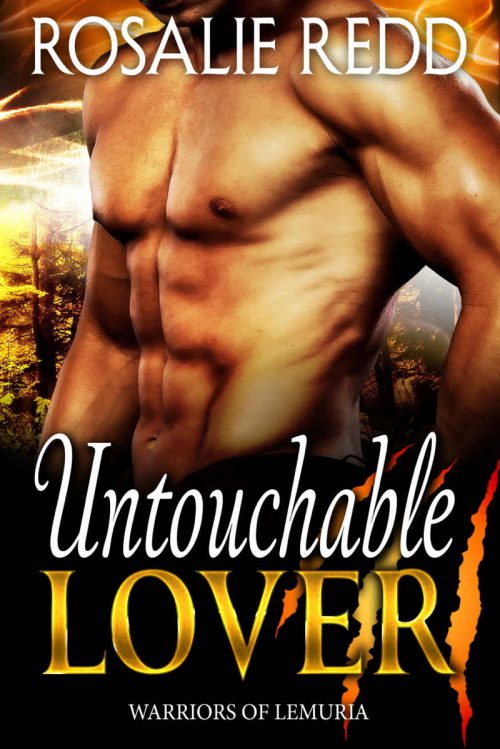 Gods from the planet Lemuria start a war over Earth’s most precious resource – water. In the midst of chaos, a king discovers an untouchable female, one who may be the last hope for his dwindling species and his empty heart.

A devastating war…
Across the globe, shape-shifting Lemurian warriors battle against a deadly enemy in the dark of night. The prize—Earth’s most precious resource—water, and the fate of humankind. To unite the soldiers, Lemurian gods send the diverse species to the underground Keep to join forces with their brethren and contend against their adversary.

An illicit allure…
While searching for his missing healer, King Noeh didn’t expect to find an unusual, green-eyed female chained to the wall in an abandoned asylum deep in the woods, evidence of her torment in the branding iron at her feet. Captivated, he rescues the petite female and brings her to his underground home. Despite the requirement to select a queen of his species by the next new moon or lose his crown, a forbidden attraction blooms.

A tormented soul…
Haunted by the memory of her dead mate and child, Melissa can’t escape her past or her future. On the run from her controlling master, she didn’t intend to get captured by the enemy, or be rescued by a brooding, handsome king. When she succumbs to her need for a male’s blood and drinks from the honorable king, she can’t ignore the compelling desire he ignites in her soul.