The Star King by Susan Grant

This book was filed under: Action / Adventure, Second Chances 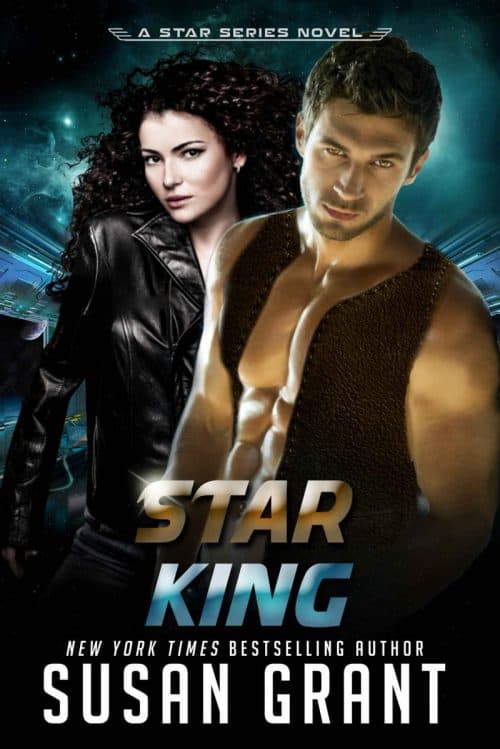 He will cross the galaxy to find her again…

Shot down over the desert, wounded fighter pilot Jas Boswell encounters a heroic golden-eyed stranger from another world—one that is light years away. He saves her life, but before she can find out who he is, she loses consciousness. Long after she’s rescued, dreams of the enigmatic man haunt her and nearly derail her life.

On the desolate planet Balkanor, Crown Prince Rom B’kah lost everything. Then he encounters a brave pilot who gives him what no one else can—the will to live. Once destined to rule a vast empire, Rom now lives in exile, carving out a life as an intergalactic smuggler, until his travels bring him to Earth…and back to the mysterious black-haired woman he’s never forgotten.