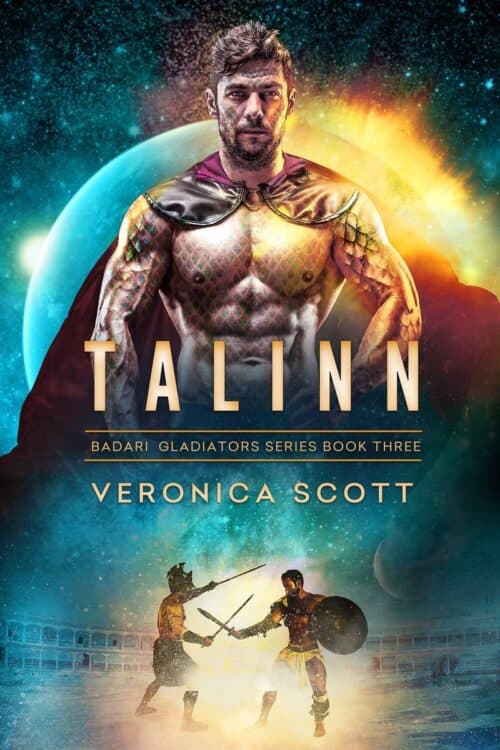 Talinn was a genetically engineered senior soldier in his Badari Warrior pack until unscrupulous laboratory guards faked his death and sold him into slavery in the galaxy’s hinterlands. Purchased by a nomadic warlord and forced to fight in games for the amusement of the crowds, Talinn has endured through sheer strength of will. He sees no possibility of escape but a Badari never gives up until the goddess calls him to the afterlife.

Bailey Kingsmere was a talented and ambitious entertainer on an interstellar cruise liner when her ship was destroyed in an accident. She escaped in a defective cryonic lifepod, which eventually drifted out of the Sectors entirely and crashed on a primitive planet. Superstitious locals decide to place her in the arena as a prize for a lucky gladiator.

Talinn needs only one look to know Bailey is his fated mate. He’ll do whatever it takes to rescue her from the other fighters and claim her as his prize but how can he ensure her safety thereafter? Since he’s not human and has alien reptilian predator DNA which gives him extra capabilities, will Bailey accept him as a mate? And can they ever escape their desperate situation and find a way to freedom? 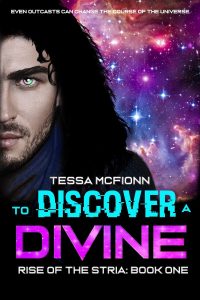 To Discover a Divine by Tessa McFionn 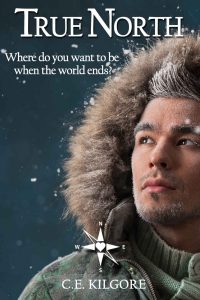