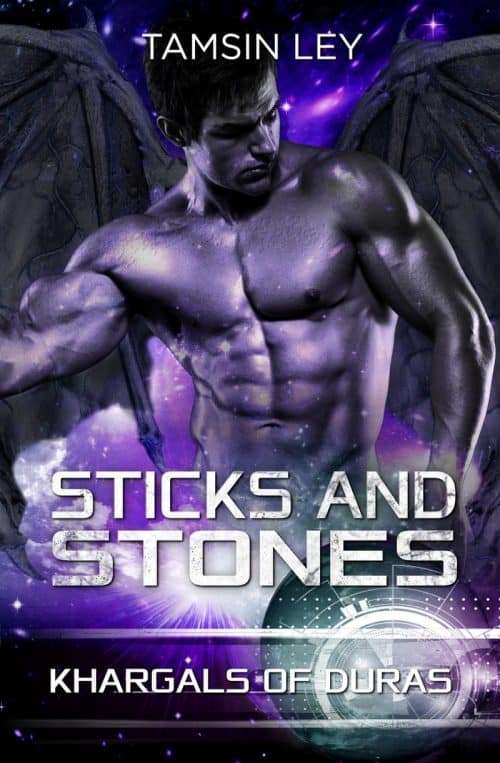 Gargoyles are not what you think…

Sten’s ship crashed on Earth centuries ago, and since then, he’s been hiding in plain sight, awaiting rescue. But a thousand years is a long time to go without companionship, even for a long-lived alien, and the human female he’s guarded since childhood has grown into an alluring woman.

When a mysterious man offers to buy the “statue” in Angie’s garden, Sten knows he’s been discovered. The Rose Syndicate has hunted his kind for centuries, capturing and torturing his fellow Khargals in the name of science. But simply fleeing isn’t an option; Angie has a secret. One he’s sworn to protect.

Forced to reveal himself, Sten is confronted with a new truth. Impossible as it seems, Angie is his mate.

And the urge to claim her may be his undoing.

STICKS AND STONES is a standalone story in the collaborative Khargals of Duras series, with no cliffhangers and a guaranteed HEA. Enjoy the books in any order!