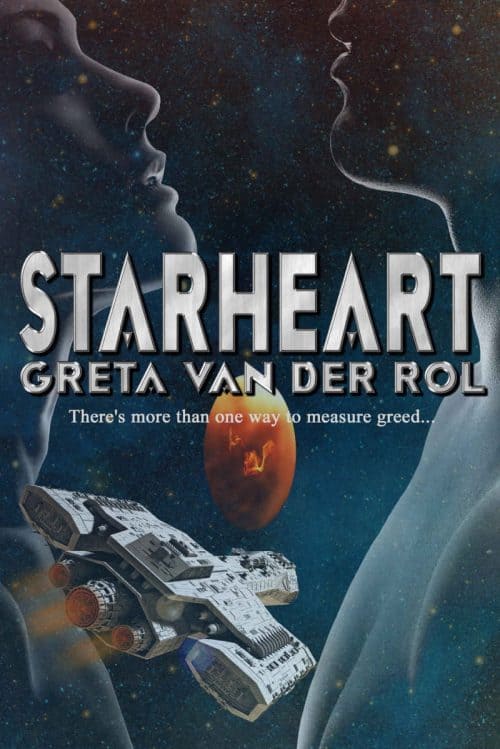 Freighter Captain Jess Sondijk thought she had her life under control until Confederacy Admiral Hudson stops her ship in search of contraband. Although he’s taken with the lovely Jess, Hudson’s after bigger fish than a small-time smuggler; somebody’s trading with the alien Ptorix – and offering them a large enough prize to induce them to part with their beloved starhearts, the jewels they call the windows of the soul.

Hudson’s questions open old wounds for Jess. She decides to investigate the circumstances of her husband’s not-so-accidental death. Soon her life’s headed into an increasingly dangerous spiral – for her, her friends, and her family.

Only Hudson can help. But in this deadly game of political intrigue, murder, and greed, one false step will cause inter-species war. Hudson is forced to make difficult choices – Jess, starhearts, war, and his commission.