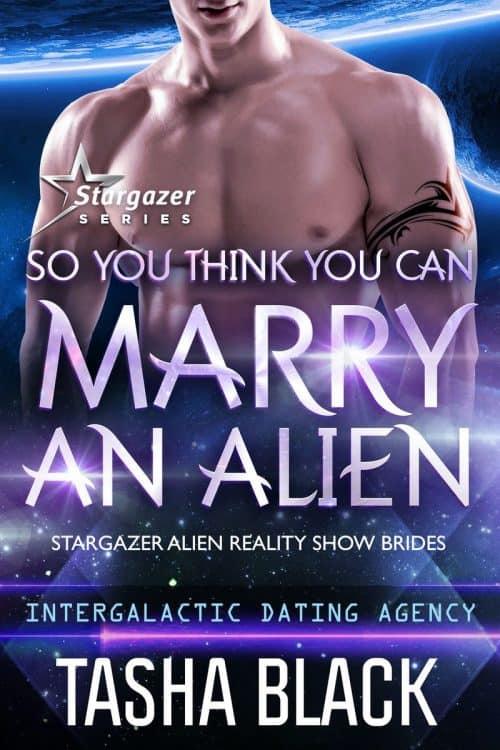 Margo Lane thought she had an exciting life – plenty of fans, lots of money, and even her dream role on a hit TV show. But when she busts out of the most expensive and exclusive celebrity fat camp on the east coast, things really get interesting.

Pursued by personal trainers, Margot takes an opportunity to duck out of sight. But she realizes she may have gone from the frying pan into the fire when she finds out that she’s “hiding” on the set of the hot new reality show that’s captured the imagination of the entire planet.

And it doesn’t help that the star of the show is the most achingly gorgeous man she’s ever seen.

Kent and his brothers have traveled from planet Aerie to Earth to take human females as mates and pleasure them into unbreakable interplanetary relations. As part of the project, Kent agrees to star on a reality show, meant to let humans see how relatable aliens are. When he meets a mysterious young woman, he begins to understand the pent-up cravings and desperate demands of his new human body.

Can Margot keep her identity under wraps when the cameras are on? Or will Kent help her do everything she thinks she can’t?