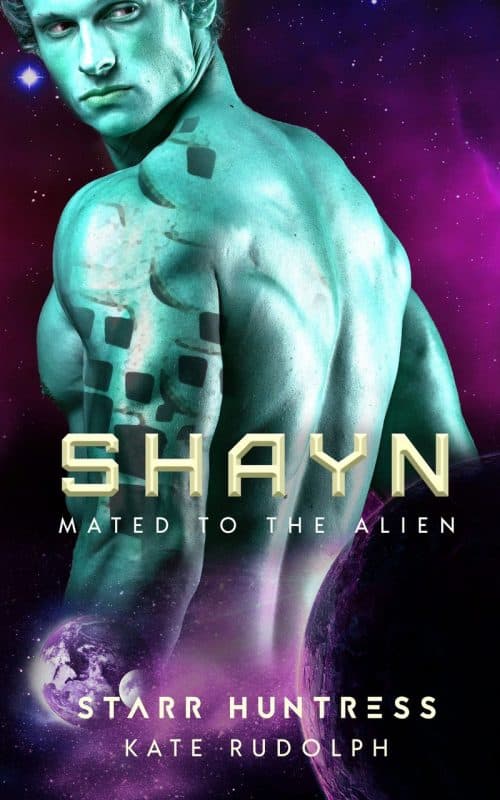 Shayn NaZade is looking for answers…

A Detyen father and Oscavian mother have left Shayn wondering whether he and his brothers will be forced to pay the Denya Price. Unmated Detyens die on their thirtieth birthdays, but will that hold true for someone with Oscavian blood? His question brings him to Oscavia where he finds his mate… and a whole lot of trouble.

Naomi’s a psychic, but she didn’t see this one coming…

Orphaned as a child and raised by scientists, Naomi’s mind is opened to all the secrets of the universe. But she can’t see the lies and betrayals standing right in front of her, and when experiments to control her powers take a dark turn she knows she’ll have to run. It’s just her luck that her instincts push her towards a charming blue alien.

A dangerous escape, a daring rescue, and scorching heat send Shayn and Naomi tumbling together as the denya bond ties them ever closer. But when the forces against them get too close, that bond will be tested to the breaking point.

Read Shayn today for fated mates, a heart-melting hero, and adventures that are out of this world!