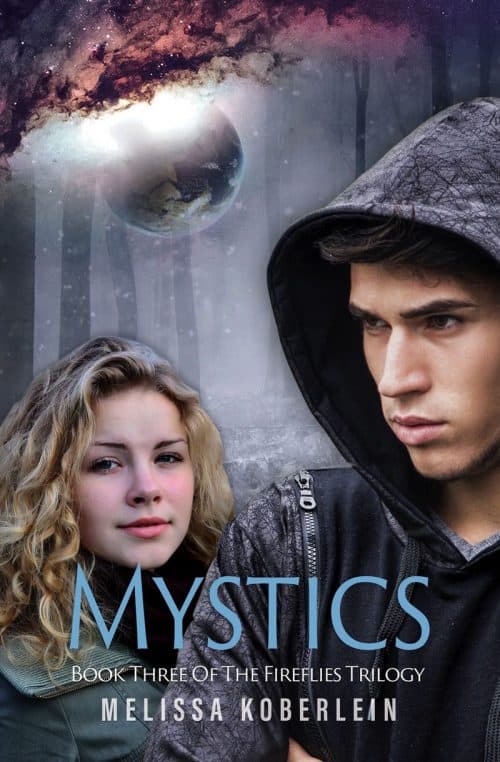 Will found love with Marley, in Fireflies. Then, in Razers, he lost her. Now in Mystics, the exciting and anticipated conclusion of the Fireflies trilogy, he learns that sometimes not even death can separate a love that transcends space and time.

Will, a teenage host for alien symbiotes, is ridden with grief over the death of his human girlfriend, Marley. That is until he meets the mysterious Abigail, who is a spitting image of her. He soon uncovers a secret government project that will rock his world, sending him head first into a dangerous alien conspiracy even bigger than his own.

Abigail doesn’t remember anything before the accident that left her in a coma. Thrown into an unfamiliar life, she finds herself a participant in a scientific experiment and the company of men with dangerous secrets. Even more unsettling is how she feels when she’s with the dark-haired boy who lives in her dreams…