Miracle of the Beast by Sonia Nova 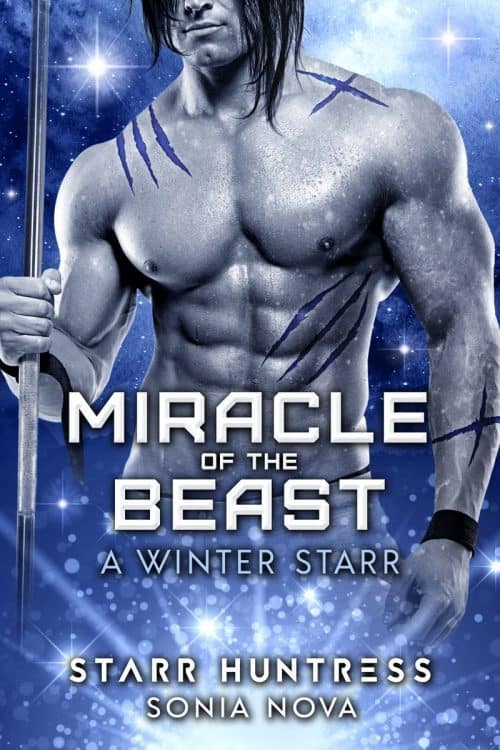 Leaving Earth was no longer safe as a human woman…

Offered a trainee position in the Alliance, Hazel is on her way to Inea, the First Planet of the Alliance. She’s sad to miss the holiday season on Earth, and more than a bit concerned about the recent Krezlian attacks on spaceships leaving the solar system, but there’s no turning back now.

When her worst nightmare comes true and the Krezlians attack the ship she’s on, Hazel can only put her trust on a beastly Ezak-X Alliance soldier.

But why does she feel so drawn to him…?

The word “vacation” didn’t exist in the Ezak-X vocabulary…

Zeriq couldn’t have it worse. Just as he’s on leave from the military, unarmed and unprepared, the damned Krezlians attack the Alliance ship he’s on. Although he’d rather join the fight, a small human female tags along with him, clearly expecting him to get her to safety. He can’t just ignore her.

But when their emergency shuttle malfunctions, they find themselves stranded on a frozen alien planet. Far from Inea, possibly even farther from Earth, they must fight the extreme conditions to survive.

And although the temperature on the planet freezes, his body burns for the female…