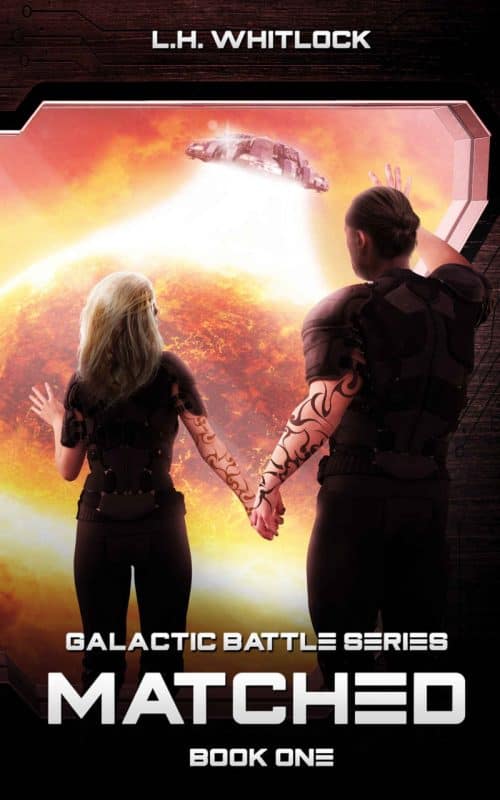 Golan is pillaging the galaxy, harvesting planets for their Synthnic, and destroying entire civilizations. The Renegade, a loose-knit band of thieves, warriors, and refugees, are the only force standing in his way.

Lily is a commander in the Renegade and leads a small team that focuses on relocating civilizations before their planets are destroyed. During an ambush Lily comes face to face with Ulrick, one of Golan’s strongest generals, and a fire ignites inside her that threatens to consume her.

Ulrick has lived his life trying to redeem himself; to ensure that his sacrifices were not for nothing. He has grown tired of the fear he sees in people’s eyes, and of the destruction, but the time has come when he will finally make his move.

Ulrick had long ago given up on the idea that his match existed, until one day the stagnant markings on his arm begin to churn.

While ancient Hilian rituals demand that the two are meant to be together, time and war have dirtied what may have once been a whirlwind romance.