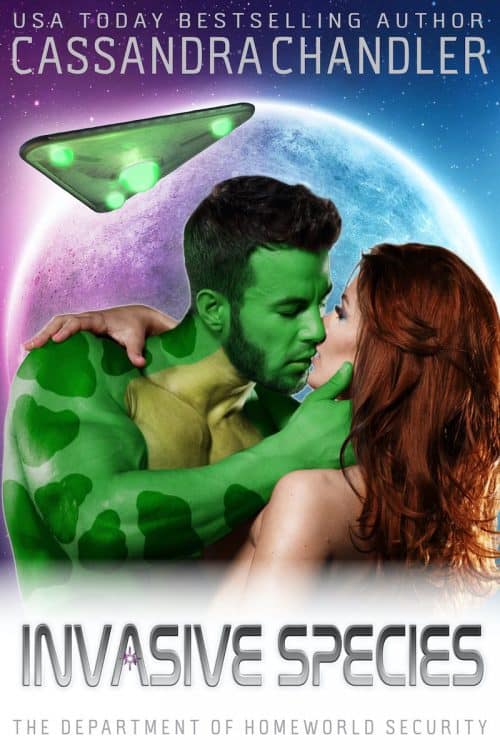 She wanted to curl up with a Sci-fi Romance—she never thought she’d be living one!

Kyle has finally found a woman who seems more interested in his intellect and interests than his physique. Too bad it happens right before discovering his entire life has been built on a lie.

Tracey thinks she’s found her own “Happily Ever After” when she hooks up with the smartest, hottest guy she’s ever met. But their story takes a turn, landing them in the crosshairs of alien invaders who’ve barely begun their conquest of Earth.

Can they figure out who to trust in time to save their homeworld and their lives?