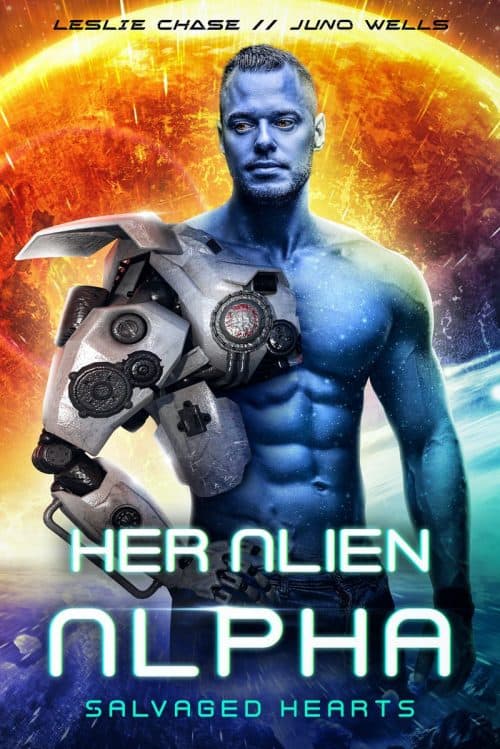 I’m not in space to meet a man. The crew of the Ladies’ Choice left Earth to work without distractions, so we have a rule: no men on board. That rule went out of the airlock when I found Delkor.

An alien cyborg, locked in stasis for decades since the Big War. Leader of the rebels who took down an Empire. A smoking-hot alien alpha with a robot arm and a voice that melts me every time he speaks.

But he’s as valuable as he is dangerous. The local gang bosses are powerful and will do whatever it takes to control Delkor, putting me and my crew in danger as long as he’s with us.

Maybe walking away would be the smart thing to do, but I don’t have that option. Delkor wants me as much as I want him, and what he wants, he takes.

Her Alien Alpha is book one of the Salvaged Hearts Series. Each book is a complete science fiction romance story with no cheating, no cliffhangers, and a happy ending guaranteed.