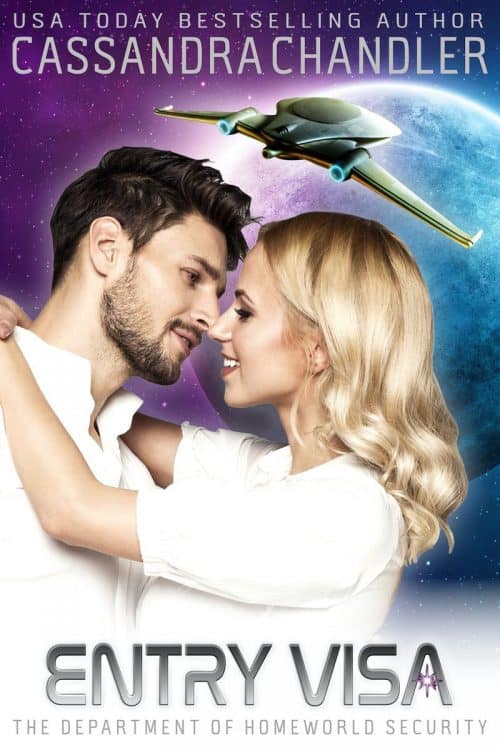 A second chance they never expected…

When Henry’s parents died unexpectedly, he dealt with his grief the way any healthy biologist would—by moving into their cabin to begin searching for Bigfoot. As if he’s not processing enough, the mysterious woman he fell head-over-heels for on Christmas Eve shows up on his doorstep—in the middle of the woods. She says she can only visit for a few days, but he’s desperate for more time. “Forever” would work well…

Vay never thought she’d see Henry again, until a rogue energy signature is discovered near his isolated cabin. Even though she’s the least experienced Sadirian soldier working with the Department of Homeworld Security, she convinces her commanding officer to send her to track down the source of the alien signal.

After all, how likely is it to be the Scorpiian assassin everyone’s so afraid of?