Duration of Stay by Cassandra Chandler 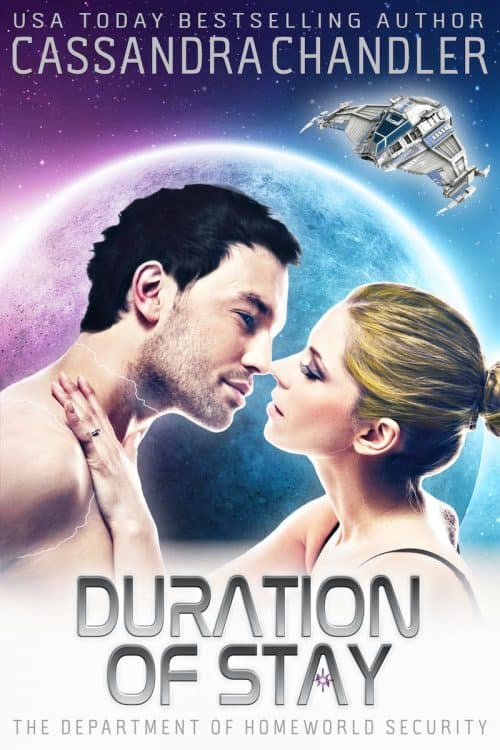 An alien assassin could get used to life on Earth…

Zemanni has been called many things—shapeshifter, bounty hunter, assassin, Gray. But since being ripped apart by an angry Lyrian and barely managing to piece himself back together, the only word he can think of is “trapped”. Trapped in the form of Eric Peterson, and saddled with the biological needs and urges of a human—urges that center around the aggressively helpful woman giving him shelter.

Brooke knows her unhealthy need to rescue people is reaching a new level when she takes the wounded alien she finds hiding in her car back to her apartment. He’s gorgeous and rude and has glowing streaks of silver all over his body—a body he doesn’t seem to know what to do with. She has a few ideas…

After meeting Brooke, Zemanni begins to think that Earth is the perfect place to retire. If only he can convince his many enemies that he’s truly out of the game.