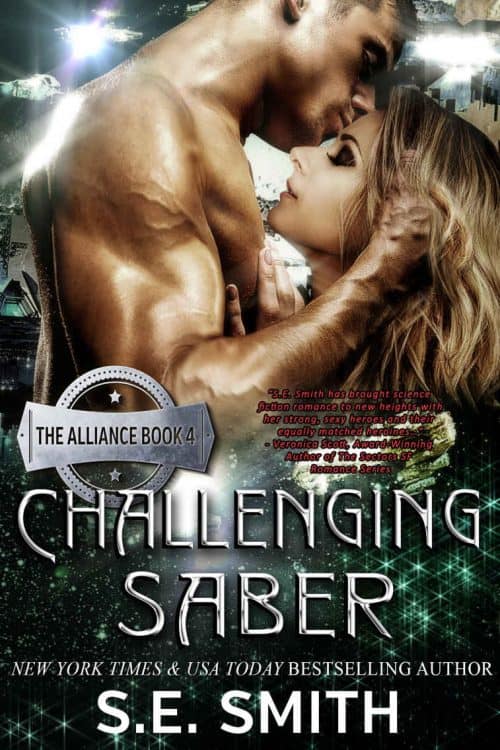 Saber, a wounded Trivator, believes he is no longer a fit warrior, much less strong enough to claim a mate. Scarred, he does everything in his power to push away the delicate human female he has fallen in love with. He knows that she deserves a warrior who can protect her, not one that will need her constant help.

Taylor Sampson may be human, but that doesn’t make her weak. She and her two older sisters survived living on Earth for four years after their world went crazy. She is all grown up now and has her eye on the one stubborn Trivator that captured her heart seven years before.

Taylor has one last requirement in order to complete her schooling. Once she finishes, she plans to show Saber that he is the man she wants, but when the planet she is on erupts into a civil war, she is trapped behind enemy lines. When Saber discovers that Taylor has been left behind, the warrior inside him refuses to think of her as collateral damage in a savage battle for power.

Journey to a lawless, alien world and discover what happens when the beast awakens inside a damaged Trivator warrior when the woman he loves is threatened.