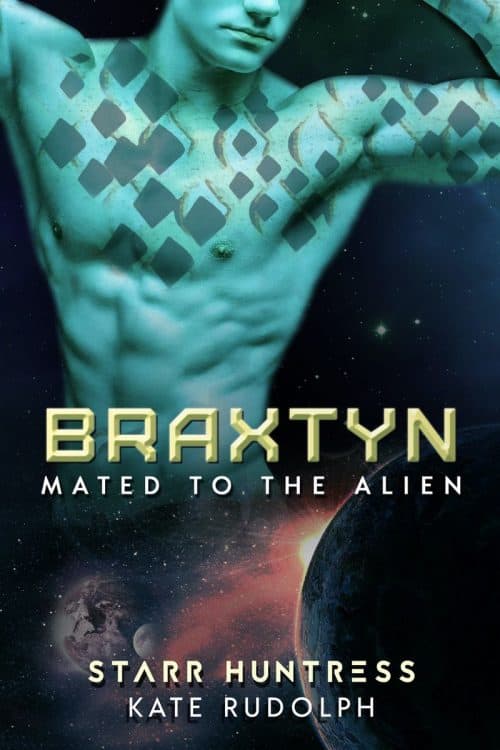 She’s hunting a bounty, not a mate…
Vita Minnick has one job: hunt down lowlifes who owe her boss money and deliver them for a profit. When a ticket for Braxtyn NaZade comes up it should be a job just like any other. But from the moment she sees him, Vita can’t help but think he’s… different. She’s not going to fall for one of her marks, but what if there’s been a mistake?

Brax doesn’t owe anyone anything…
When a masked woman steals him away from Earth, Brax knows he’s in trouble. At first, he just wants to go home. But when he catches sight of the red headed huntress all his plans change. Who would have thought his fated mate would be the one to abduct him?

When a betrayal rocks Vita’s identity to the core, she and Brax will need to work together to get to the bottom of the mystery… and to get justice. But can a Detyen claim a bounty hunter who refuses to be tied down? Brax might have found his denya, but he’ll need to convince her he’s worth the risk… before they both perish.

Read Braxtyn for fated mates, a heart-melting hero, a tough and world-weary heroine and adventures that are out of this world!