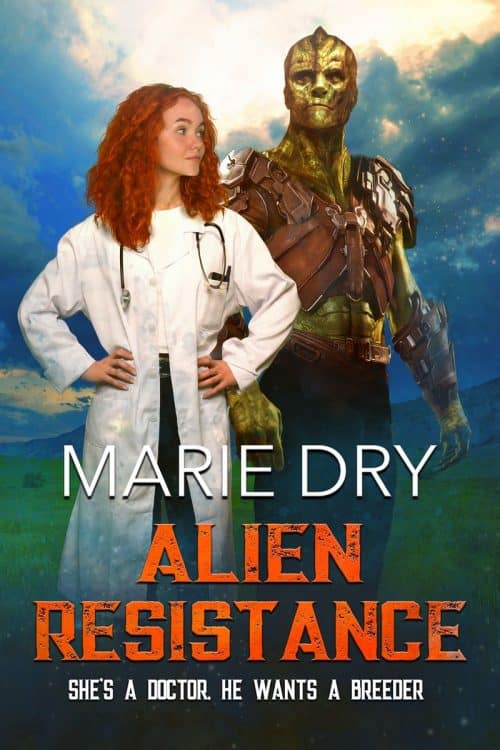 In a bleak future where government systems are breaking down, and poverty and violence reign, Madison Johnson is about to qualify as a doctor. In order to keep the promise she made to her dying sister, she has spent years of study and backbreaking work, only to have an arrogant alien take over the hospital and decree that she would no longer be allowed to practice medicine. Hassled by the re-sistance group that’s trying to recruit her and exhausted from working impossible hours, Madison struggles to convince the disturbingly sexy alien, who always watches her, to let her be a doctor. As she and Viglar grow closer, Madison worries that she’s falling in love with one of the aliens who caused her brother’s disappearance—an alien who does not know how to love…